An innovative new chess tournament designed to help fans improve their game is the next event in World Champion Magnus Carlsen’s $1 million online tour, it was announced today.

The first Chessable Masters will be broadcast on chess24.com from June 20 to July 5 and feature 12 of the world’s best competing for a prize fund of $150,000 and a spot in the prestigious tour final.

Carlsen is set to resume his epic rivalry with Hikaru Nakamura, the hugely-popular American streamer who is also the world’s top blitz chess player, while the winner of the last tournament, Russia’s in-form Daniil Dubov, will try to crash the party. 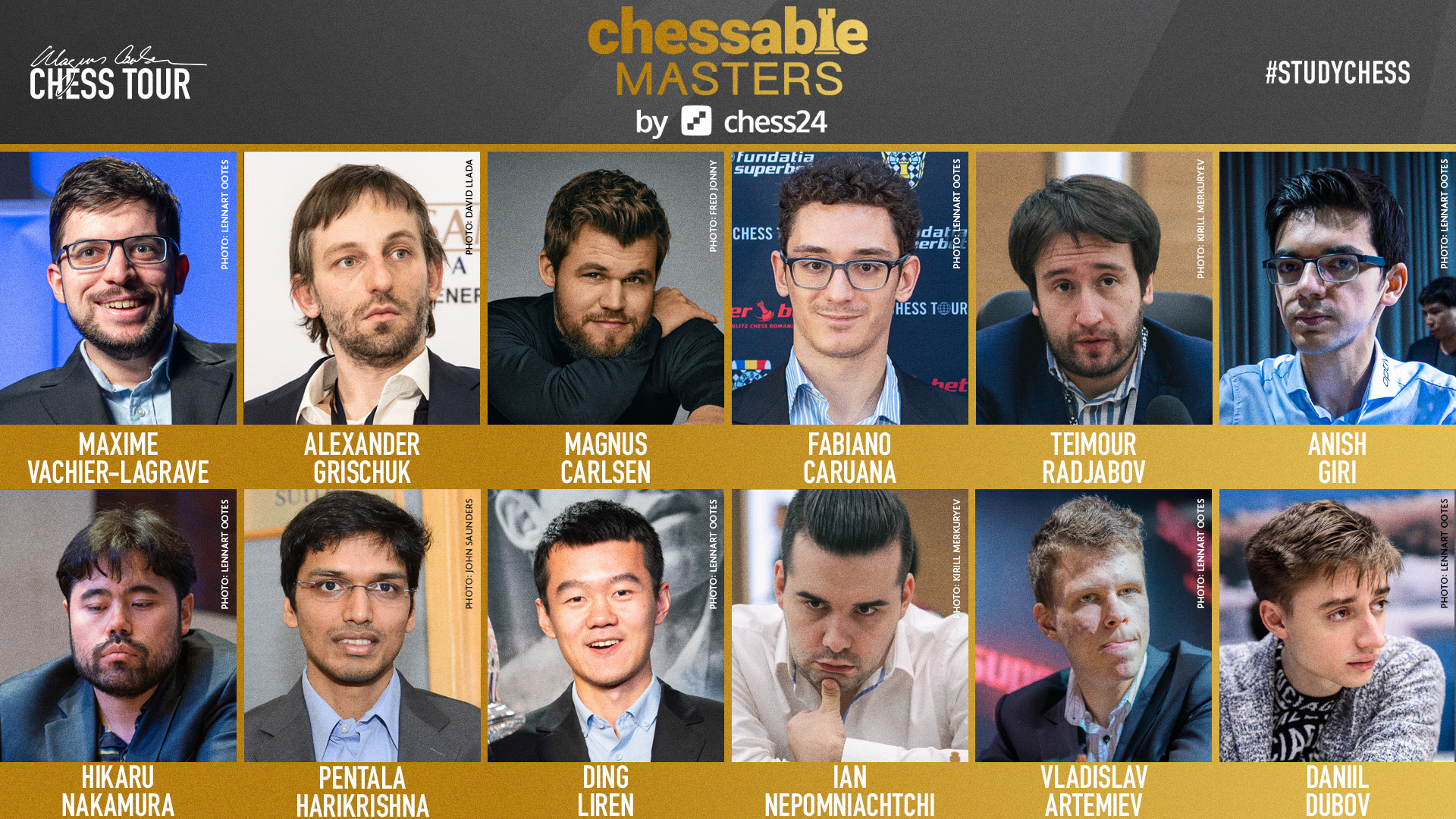 However, throughout the super-strong Chessable Masters tournament the emphasis of every broadcast will be on education, interacting with viewers and helping everyday chess fans get better at the game.

Chess fans will be treated to:

Viewers will also be invited to share their chess education stories under the hashtag #studychess and the best will be featured on chess24’s broadcast.

Carlsen said: “I am proud to announce the next stage in the Magnus Carlsen Chess Tour which I hope will bring something new for spectators and fans.

“The Chessable Masters will be an elite super-tournament but one in which you can get more involved, have fun and improve your chess.”

On his own chances, Carlsen said: “As for me, I will be back determined to improve from the last event. My ambition is to win the Chessable Masters.”

The event is named after Chessable.com, the world’s leading online chess training platform, and is the third leg of the inaugural Magnus Carlsen Chess Tour.

Leg one was the most-watched online chess event in history with the coverage reaching 10 million people worldwide. It ended with Carlsen winning his signature Magnus Carlsen Invitational event, beating Nakamura in the final.

Leg two, the Lindores Abbey Rapid Challenge, attracted even more viewers and saw the champion knocked out in the semis as Dubov overcame Nakamura in the final.

That event was broadcast live in 10 languages and hit a peak of 125,000 viewers online during the final.

Now Carlsen, Dubov and Nakamura will face an even tougher challenge as they are joined by world number two Fabiano Caruana.

Harikrishna, the first Indian player invited onto the Tour, said: "I am excited to be invited to play in Chessable Masters which is also part of Magnus Carlsen Chess Tour.

“I am happy to play against the world's best players in online events during lockdown. I am looking forward to putting on a good show!"

Chessable.com is a member of Magnus Carlsen's Play Magnus Group of companies. It offers interactive chess courses by the most renowned chess authors in the world, based on the latest scientific insights on learning.

The format of the event will be very similar to the Lindores Abbey Rapid Challenge, with two slight changes.

The Preliminary phase will last 4 days instead of 3. The 12 players will be split in 2 groups of 6, which will play on alternating days, 5 rounds every day.

Then follows the Knock-Out phase, which will have the same format as the current event, with one addition: if any match is tied 2-2, the players will play a 2-game blitz match and only then Armageddon.